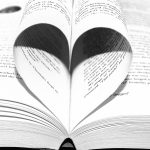 How do we know the Bible is God’s word to us?

Basic Facts about the Bible

Let’s start with some basic facts about the Bible. The Bible is one book, divided into two major divisions–the Old Testament, which contains 39 separate books, and the New Testament, which contains 27 books. Each of these books is further divided into chapter and verse.
The Old Testament relays the story of God and His people before the birth of Christ. It begins with creation and outlines the story of the Jewish nation. Jews call the first five books of the Bible (Genesis, Exodus, Leviticus, Numbers, and Deuteronomy) the Law or Torah. These five books contain the Ten Commandments, and the stories of Abraham, Noah, and Moses, among others.
The New Testament begins with the life of Jesus Christ, and explains the story of God and His people from the birth of Christ, on. The first four books of the New Testament are called “the Gospels.” These four books (Matthew, Mark, Luke, and John) give eyewitness accounts to the life of Christ.

What is the Bible about?

The Bible is God’s love letter to humanity and His instruction manual for humanity. Between the pages of the Bible you’ll find truth to believe, promises to claim, commands to obey, and examples to follow. 1 Timothy 3:16-17 says, “All Scripture is God-breathed and is useful for teaching, rebuking, correcting and training in righteousness, so that the servant of God may be thoroughly equipped for every good work.”

The Bible tells us about God, about ourselves, and about how to live–now and eternally. The Bible helps us know God, love God, and follow God. But it also helps us understand humankind. The Bible contains God’s master plan of salvation and how we can have assurance of God’s forgiveness and salvation through Jesus. In fact, God’s love and plan to save people is woven throughout the entire Bible–Old Testament and New Testament.

When and where was the Bible written?

Who wrote the Bible?

Humanly speaking, the Bible was penned by 40-plus authors. The first five books of the Old Testament are attributed to Moses. The prophetic books of the Old Testament bear the names of their author. For example, the prophet Isaiah wrote the book of Isaiah, Hosea wrote the book of Hosea, and so on. Much of the New Testament was written by the apostle Paul, who wrote letters of encouragement and instruction to churches in various cities throughout Europe and Asia.

How is the Bible structured?

Most people assume the books of the Bible are in chronological order, but they are not. Instead, the Bible is organized by genre (type of literature).

A godly mentor once simplified Bible structure for me by breaking it down into three easy-to-remember categories: History, Experience and Prophecy.

Both the Old and New Testaments start with history:

History is followed by experience:

Experience is followed by prophecy

History. Experience. Prophecy. This is an easy way to remember how the Bible is structured. Here’s a more detailed breakdown of Bible structure:

Why is the Bible called The Holy Bible?

The Bible makes bold declarations about its origin and its power. The apostle Paul wrote these words to his protégé, Timothy: “All scripture is inspired by God” (2Timothy 3:16 NLT)  The apostle Peter wrote, “Above all, you must understand that no prophecy of Scripture came about by the prophet’s own interpretation of things. For prophecy never had its origin in human will, but prophets, though human, spoke from God as they were carried along by the Holy Spirit.”  (2 Peter 1:20-21)

Clearly, these are bold assertions. The Bible declares itself to be the very words of God. God inspired. God breathed. If this is true, then you might expect its words to be life transforming. And they are.

What relevance does the Bible have for our lives, today?

“For the word of God is alive and active. Sharper than any double-edged sword, it penetrates even to dividing soul and spirit, joints and marrow; it judges the thoughts and attitudes of the heart.” (Hebrews 4:12)

While most literature is passive in nature, God’s Word is alive and active. It penetrates our hearts, it assesses our attitudes, and its words can alter the course of our life. In fact, the Bible has altered the lives of millions of people in every nation, of every color, every race, and every language.

Unlike books that become stale over time, the Bible provides fresh insight, fresh nuggets of truth, and fresh application every time we read it. The Bible is as relevant today as it was 3,000 years ago. Truths like, “Your Word is a lamp to my feet and a light to my path” (Psalm 119:105) or, “The law of the Lord is perfect, refreshing the soul. The statutes of the Lord are trustworthy, making wise the simple” (Psalm 19:7) never become irrelevant.

The Bible remains the same, even as society changes

Even when society changes, the need for truth, wisdom, and direction remains consistent. Truth is always truth.

The Psalmist wrote, “Your word, Lord, is eternal; it stands firm in the heavens” (Psalm 119:89) . Isaiah wrote, “The grass withers and the flowers fall, but the word of our God endures forever.” (Isaiah 40:8 . In the New Testament, Peter echoes this truth when he quotes Isaiah in 1 Peter 1:25.

In a world where stability is fleeting, God’s Word, the Bible, is not. The unchanging nature of God, and His Word, makes the Bible the single source of faith and practice for Christians throughout the ages.

Author is Donna Jones.  Donna is a pastor’s wife, author, and national speaker. She lives in California and travels from coast to coast, helping people find and follow God in real life. If you’re new to exploring God, the Bible, and Christianity, Donna wrote Seek: A Woman’s Guide to Meeting God, just for you! For other resources to help you on your spiritual journey connect with Donna at www.donnajones.org.