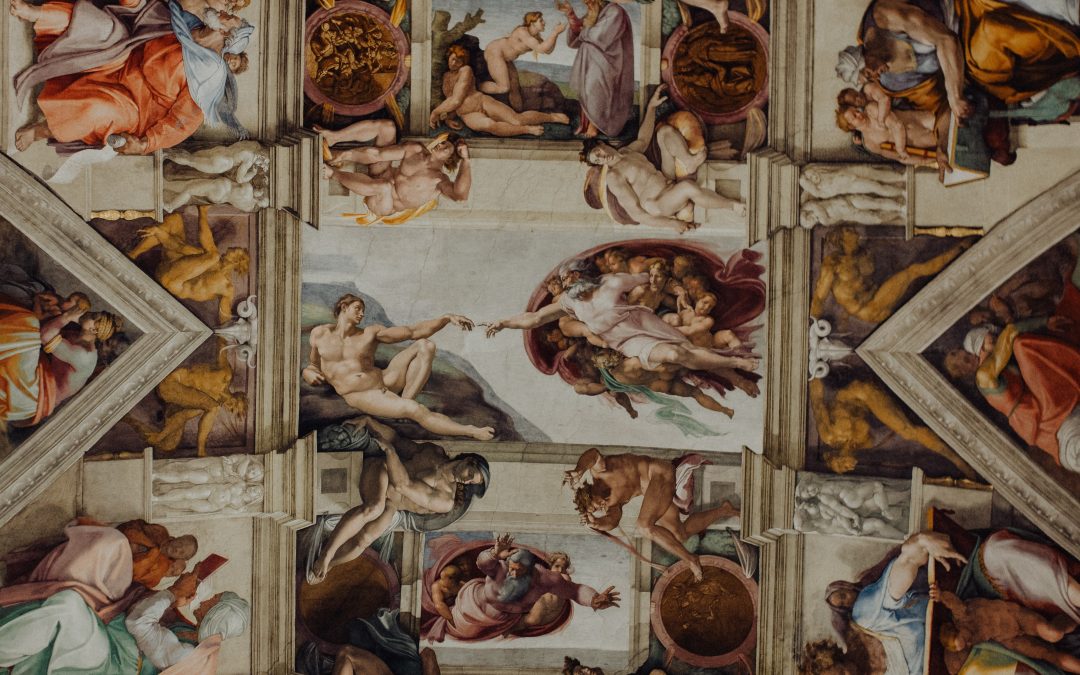 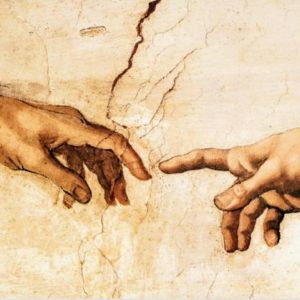 The Creation of Adam (c. 1511) by Michelangelo; Michelangelo, Public domain, via Wikimedia Commons

The Creation of Adam painting is a scene based on Verse 1:27 from The Book of Genesis in the Bible. As the title suggests, it is about the moment of God touching Adam, creating him in His image.
Per the New King James Version:

So God created man in His own image; in the image of God He created him; male and female He created them.

In the fresco, we see two large male figures ~ God on the right and Adam on the left. Both figures have their arms outstretched towards one another, Adam’s left arm reaches out to God’s right arm, and both of their index fingers meet in the center of the composition.

There are differences between the two figures. God is wearing what appears to be a whitish tunic and His facial features suggest that He is older than Adam, evident by His gray beard and hair. However, His figure is depicted as quite muscular. There is also a difference between their position. God appears to be moving with a wind. Adam appears to be reclining ~ almost resting.

SPECIAL NOTE: Michelangelo thought of himself as a sculptor and preferred working with marble to almost any other material. It took Michelangelo a little over four years, from July of 1508 to October of 1512, to finish the paintings. Michelangelo had never painted frescoes before and was learning the craft as he worked. He also had to paint figures on curved surfaces that appear “correct” when viewed from nearly 60 feet below.